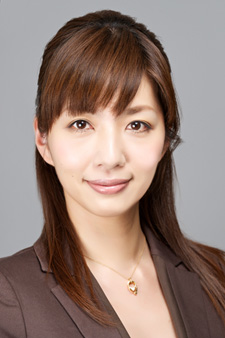 Now she is a crowd funding consultant, a researcher, a lecturer and an author.

———————
Junko graduated from Keio University Art History and Aesthetics in 1997.

She has worked as a PR assistant at music department in a consumer game company during her university years and continued working in the game industry after graduation.
From 1998 to 2001, she worked as reporter and editor for a website for game industry.
Along with reporting, writing and editing, she has been involved in management of the website, acquisition of readers, and advertisement.

In 2001, she joined an online game company and was engaged in the following business;

1) Marketing and promotion of online games
Online and offline advertisement planning / Tie-up with portal sites, PC makers, ISP, etc. / Event planning / Product promotion, etc.
From 2005, she mainly focused on the planning of effective web promotion which was new in Japan at the time, and also introduced innovative features that did not exist in Japan to promote the products. Her achievements include tie-ups with portal sites like MSN and Yahoo!, utilization of SNS communities, and marketing strategy using search engine data. And as a result, she has succeeded in the launch of several new online games.

3) Construction of web service exclusively for members
She created a new web service for users acquired through online games to add value to the service and to increase revenues.
She has also established auction system for PC and mobile phones, and planned SNS for members, etc.

Her last position in the company was supervisor of the marketing group. (Marketing manager)

In May 2008, she left the company to apply her experience and knowledge in theater and arts.
In April 2009, she began her research at the Graduate School of Letters at Keio University, Art Management Field. The theme of her master’s thesis was “The significance of mobile media in art museums today – Various methodologies of interpretation with the focus on social needs.”
She has also constantly gathered information on usage of social media and IT at art museums and theaters.In December 2009, she established Arts Marketing Co., Ltd. to spread art utilizing the power of IT.

In June 2010, she was involved in the launch and is currently the executive director of professional organization, Museums Career Development Network – a group which aims to establish and improve the professional environment surrounding the art world.
After completing her master’s degree in March 2011, she has joined the steering committee of “Creative City and Global Economy – Innovative Society Empowered by Art, Design and Imagination“ of The Japan Foundation / CGP public program, a project which focuses on “International communication of regional development and urban regeneration utilizing culture and art.”
In August 2011, she became the Senior Visiting Researcher at Keio Research Institute at SFC and has focused on crowd funding research.

From 2011, she is a crowd funding consultant, a researcher, a lecturer and an author.